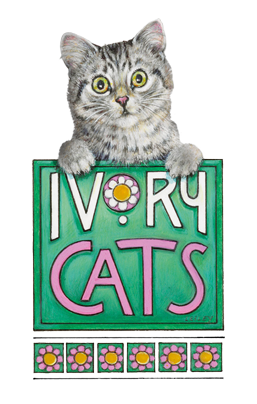 Tails from the Crypt! 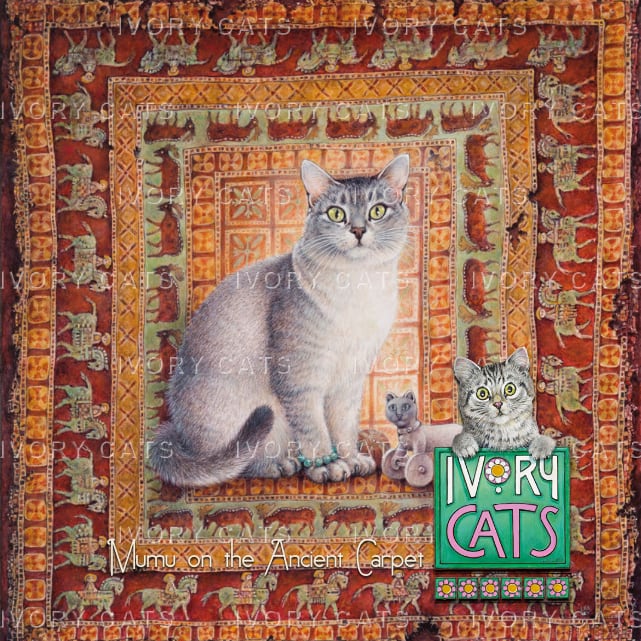 Think of the history the Pazyryk Carpet could relate and just imagine the tales it could tell!

Mumu on the Ancient Carpet

Known as the Pazyryk Carpet, this most touching piece of design and highly skilled craftsmanship, is believed to be the oldest known hand knotted carpet still in existence. It dates back to the 4th century BC, and is made from sheep and goats wool, and natural dyes from local insects and plants. It's exact origin remains a mystery, and still a subject for debate amongst Historians and Experts.

It was discovered in the late 1940s, during excavations in the Pazyryk Valley in the Altai Mountains of Siberia, deeply embedded in a block of ice within a high status burial tomb, which was so well constructed that it served to further assist in its preservation for two and a half millennia.

Centuries have passed since these beautiful little Fallow Deer and Horses felt the warmth of the sun, or human contact. Perhaps long ago a cat softly padded over its pile, and rested on it for a while, enjoying the comfort, and perhaps taking in its aura, and visual perfection, and sensing its value and warmth.

Think of the history it could relate; and just imagine the tales it could tell!

On seeing an image of this carpet for the first time, my joy and inspirations soared; and I imagined the painting that you now see. The colours have lost some of their original vibrancy over time, but I love it as it is now, miraculously preserved and mellowed, for us all to marvel at today. Quite breathtaking.

Its remarkable condition was mainly due to the ice which encased it for so long. Before that happened, thieves broke into the tomb. What ever they stole, the carpet remained. Unknowingly they assisted in its preservation by failing to completely seal the tomb when they left. Through the centuries water seeped in;… and froze;… the rest is history, the history of the Pazyryk Carpet.

Good out of evil.

In many of my previous paintings with Mumu, I have partly hidden a small turquoise bead near her, my idea being that she would collect them until there were enough to string into a necklace for me. This latest paining shows she had other ideas! I do not usually adorn my cats unless the situation absolutely demands it. This one did!

Today, the real Pazyryk Carpet can be seen in the Hermitage Museum, St. Petersburg, Russia.

It is my favourite Carpet, and my heart goes out to its originators.